For most women, giving birth to their baby is a joyous experience. However, not all mothers are lucky enough to cradle their newborn babies in their arms once the hard work is done.

Unfortunately, if complications occur during or after childbirth some mothers require urgent medical attention. The worst cases end up fighting for their own lives in intensive care.

Constanza is a prime example of how serious life-threatening illness can strike anyone at any time. A young, fit woman eager to meet her first baby, instead wound up hooked to a breathing machine struggling to survive. Swift action from hospital staff saved her life after a massive clot filled her heart chambers during childbirth.

“I never thought I would end up in ICU on a breathing machine struggling to survive,” Constanza said. “It makes you realise it can happen to anyone whether you are young or old.”

Dhara, a first-time mother,  is another living testament  to the miraculous work performed by staff in intensive care units. Severe complications during childbirth left her in a coma for three months after giving birth to her baby daughter.

The last thing Dhara remembered was arriving at hospital ready to have a baby. She remains grateful to all the doctors, nurses and allied health professionals who aided her amazing recovery.

But it is not just first-time mothers that are at risk.

Audrey was signed up to deliver her fifth child by caesarean as she had done with her previous four children – all with the same obstetrician.

But when Lexi was born, Audrey was informed that she would need an emergency hysterectomy as her placenta had grown through her uterus.

I never thought I would end up in ICU on a breathing machine struggling to survive. It makes you realise it can happen to anyone whether you are young or old. 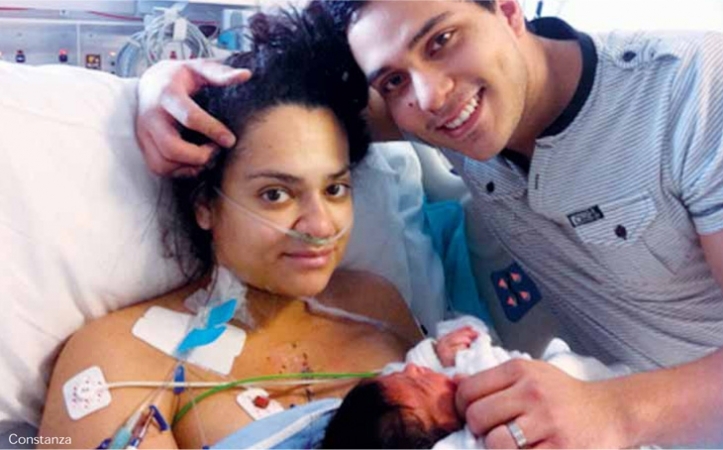 Due to the emergency situation it was all hands on deck with many staff rushing to assist. During the surgery Audrey bled out five times and had to have over 50 transfusions of blood and blood products, as well as having her heart restarted five times. After the surgery Audrey was taken to the ICU. She arrived on a Thursday but only remembers being there from the Sunday. Audrey remembers her husband Tony placing her newborn Lexi on her bed in ICU.

As she was unconscious for most of her time in the ICU Audrey only found out later in the maternity ward all that the ICU staff had done for her and her family. Audrey said that the staff were very calming for her husband. They asked him if Audrey had intended to breastfeed Lexi and, as she had, they organised for a midwife to bring down and attach a breast pump to her. Audrey’s husband was able to visit her in ICU any time he wished and would often bring along Lexi. Audrey’s other four children were also allowed to visit frequently. The ICU staff reassured Audrey’s family when they thought she was in pain and answered the numerous questions they had – they were also there to comfort her older sister.

Every time Audrey looks at her children she feels gratitude towards and appreciation for all the staff – in particular the ICU staff – who helped her. 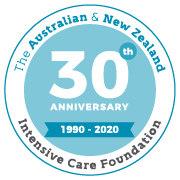